Shaken and Stirred with a splash of dirty. 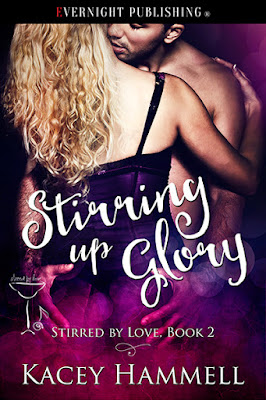 She’s not the one he wants…

Drew McKenna is obsessed with the woman who saved his family’s business. She’s the last woman he should want, but his dreams are flooded with the sultry, sexy woman who gets under his skin. He’d not prepared to end their lengthy riff just so he can give into his desire to have the gorgeous woman under him.

But she is the one he needs…

Glory Pierce gave up on Drew the second he flung vicious insults her way. The harder she tries to forget how deep those scars run, however, the more he invades her thoughts. When tragedy strikes, Glory is forced to put aside her anger and work with the man she despises. But as they mix business with pleasure, the heat between them reaches fever pitch, secrets are revealed, and passions are stirred up in ways neither of them can ignore. 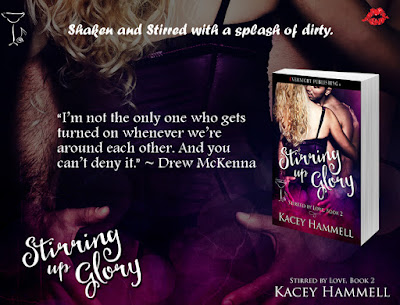 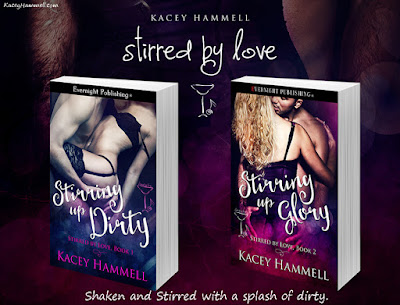 Mom of three, Kacey lives her own happily ever after with her perfect hero in Ontario, Canada.

Curse of the Dragon's Eye

Is now available in PRINT and DIGITAL!!! 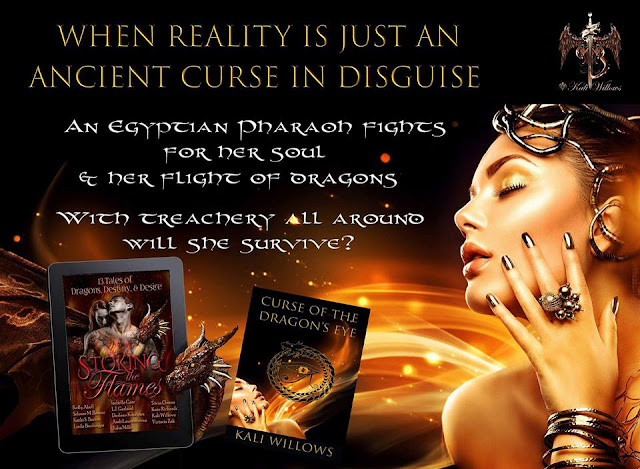 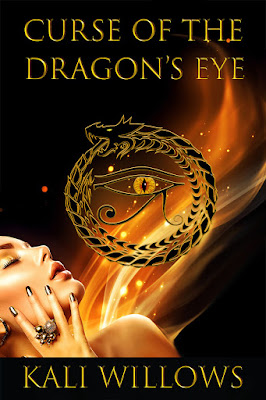 5.0 out of 5 stars Phenomenal book
ByTami Czenkuson “WOW, Sometimes you have to step out of your genre box and read something you usually wouldn't read otherwise. Kali Willows knows how to write stories that will intrigue and keep your eyes glued to the pages till the very end. Nothing is as it seems in the Dragon world, and the queen is torn on who to trust and who to destroy... That is, if they don't destroy her first. The Curse of The Dragon's Eye is full of angst and suspense and LOADED with INCREDIBLY steamy scenes. Ms. Willows is an impeccable story teller and I look forward to reading more of her art.”

5.0 out of 5 stars Awesome Read
Byconnie ortizon: “Kali Willows is a new author to me, I was totally captivated with Curse of the Dragon's Eye from the beginning to the end. The author did a fantastic job meshing together the two different worlds. This book has intrigue, suspense, mystery and excitement. Ureena and Hector are captivating. Some books you read, Some you enjoy. Curse of the Dragons Eye swallows you up heart and soul. I would definitely recommend this book to all my fellow readers. Great Job!!! Don't miss out!”

5.0 out of 5 stars Loved the suspense
ByJulie Garretton: “Wow I really enjoyed this story. The suspense was intense. The story unpredictable. Kept me on my toes with each page. If you like a story that at times will have you holding your breath, this is that book. I highly recommend this book. 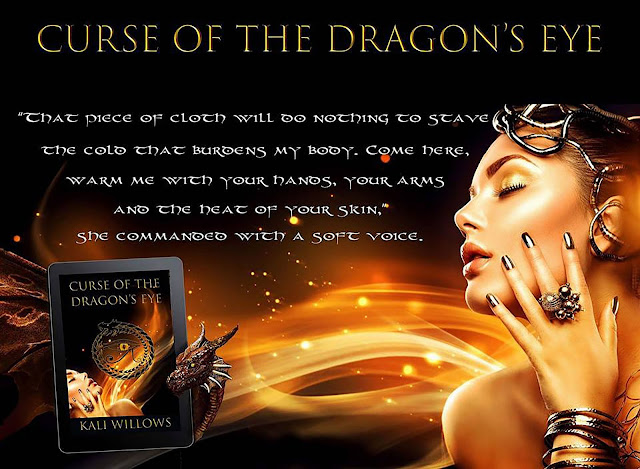 When reality is just a curse in disguise…

Hector tries desperately to navigate through obstacles in his bid to obtain his heart’s desire, the most stubborn woman he’s ever known. High priest and alchemist of the Dragon Pharaoh’s flight, he is shunned once again by the unobtainable Dragon Queen. Compulsion drives him as the secrets he knows and the lines he crosses could very well mean the difference between life and death. The things he does could cost him the woman of his dreams. With time running out and the pharaoh’s protectors rallying against him, will he win in the end? 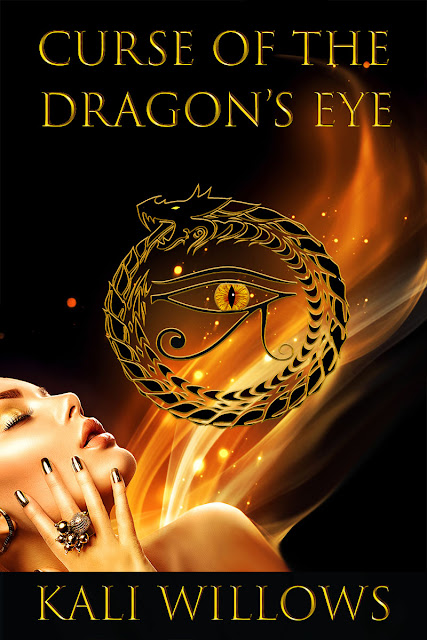 The lit torches every six feet or so shone on the cracks in the stone and mortar, revealing a sheen she’d never noticed before. She’d swear the glimmers in the stone were specs of gold. Shaking her head, she continued to the end of the tunnel and stopped. Torches lit both the left and right adjoining halls, but with all the footprints in the sand and no more sounds of voices, she had no means to tell which way the crew went.
Ureena tugged out a copy of the map Hector gave everyone in case of separation. Right. The crew went right. However, a curious niggling brought about a sudden urge to go left.
A new spark of adventure jolted through her veins. No crew and no Hector. It was dangerous to venture off alone, with no radio communication and no one apprised as to where she was. The last cave-in proved his point, but the left tunnel intrigued her.
Ureena raced along the corridor as if she’d done it a thousand times. She trotted for what seemed twenty minutes or so, until she entered an opening in the catacombs. An unexplored area with no boot prints in the sand.
The ceiling spanned roughly twenty feet and presented a large open chamber with pillars and decorative archways carved into the walls. In the center stood three separate sarcophagi with symbols of gods twice the size of mortal man, protectors of the underworld, and the eye of Ra carved along the sides and across the top. Could this be a burial site for pharaohs they sought? The deep alcoves in the walls housed tall, remarkably detailed statues of gods and…dragons? Egyptian history showcased cats and snakes as animals they worshiped, but dragons? Though it went completely against everything history dictated, she found it oddly perfect somehow. 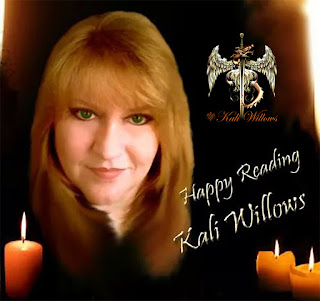 Born and raised in Toronto, Kali now resides in the exquisite eastern Ontario countryside where she enjoys the serenity of nature. When she isn't busy being the married mother of two, or a Public Relations & Communications Specialist & Event Manager, she shadows worlds of paranormal passion & intrigue.

Kali strives to create emotional, compelling stories and characters you can't help but love, hate and cheer for. Captivated by her love of dragons, gargoyles and everything paranormal, she pens these delightful creatures into epic tales of romance and adventure and often infuses her passions of martial arts, music and ironic twists even she didn't foresee.

A good cup of tea with the crackling fire gets her creative juices flowing in the wee hours of the night, when the house is quiet and she can type away to her heart's desire. Learn more at: www.kaliwillows.com
You can visit Kali at:
www.kaliwillows.com 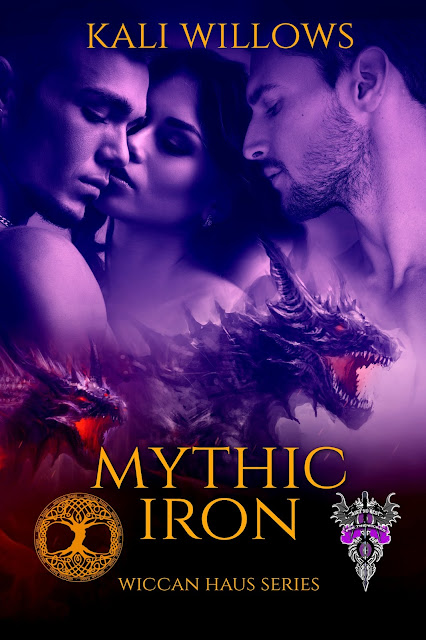 “Ain’t no rest for the wicked, baby!”

5 out of 5 stars Fast paced &exciting
ByJonelon “Wow! Just wow! Willows had me from cover to cover with this one. Her unique plot combined with fun characters made this novel unforgettable. The fast paced, yet never rushed, narrative set the scene perfectly for the exciting and spicy tale that melded into a fantastic whole that I couldn't put down. I love the quirky and chemistry filled relationship between the three main characters added an extra element for me. The interactions were priceless. And the chemistry was explosive. They definitely make the pages sizzle. But above all, I truly enjoyed this foray into their lives and the unique individual stories that they tell.” 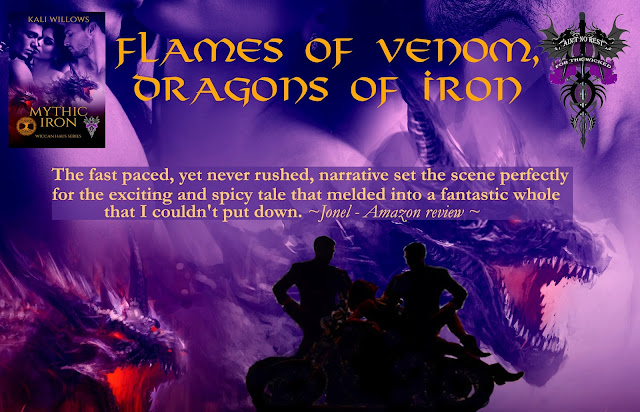 Flames of Venom…
When the president of Mythic Iron is brutally slain, the VP and the sergeant at arms set out to protect the club’s legacy, and next target. Sai is a world-class MMA champion, and a half-breed dragon with a fiery temper. After the vicious murder of her mother, she fled the arms of her two mates and the MC, and made her way to the ring. A fighter with an edge, she doesn’t apologize, never holds back and doesn’t need saving. The unexpected arrival of her estranged mates coincides with the biggest fight she’s ever had; the one for her own life.

Dragons of iron…
A leather-clad soldier of fortune with a patch was all Levi could be without her. The MC had taken him in years before, an injured child with no past.. A purple dragon with a propensity for danger, he’s evolved into the ultimate weapon for their club. Can he ever reclaim their mate, or will she kill them first?

Drake was born into a legacy of crime…
In the wake of their mate denying their bond evolved a cold, merciless dragon who did whatever the MC required of him. A reunion with their mate is soon wrought with tragedy, leaving Sai critically injured. Devastated by his failure to protect her and the people she loves, he reaches out to an old comrade for help.

Welcome back to the Wiccan Haus. A place meant for healing, but will the arrival of the purple dragons mean the end of island peace? 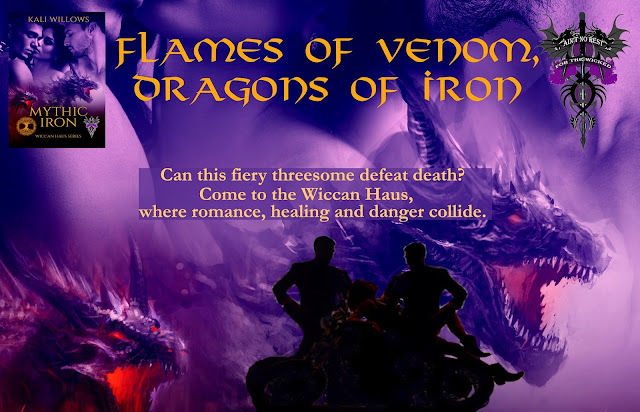 “No….” She widened her eyes and shook her head. “I don’t want to hear it.”
“Babe, please, you have to listen—” Levi asserted.
“I said no!” she hissed. “Hortese, who’s scheduled for a bout tonight?” She spun around and jogged over to the banged-up lockers and grabbed a roll of tape.
Levi moved to follow her, but Drake gripped his shoulder. “Don’t.”
“There are a few new people tonight. Didn’t recognize their names, but they haven’t arrived yet,” Hortese told Sai.
“Yes we have,” a low voice boomed from the doorway.
Drake twisted around to find six, gargantuan men in dark pants and T-shirts, sauntering in. The epitome of bad news with stone-cold expressions, domineering stances, and muscular physiques. Their presence shot pangs of caution through his stomach.
“Brother.”
His sergeant of arms mumbled back, “What do you want me to do, take ’em out?”
“Not yet. We don’t know why they’re here. See how she handles it. We’ve got her back if anything happens.” If only he believed his own words. They had no way to know if these were the same guys who ransacked their clubhouse last night, but he’d bet his patch they were.
“Who’s first?” she called out in her raspy, venomous tone.
Drake glanced over to find her narrow her eyes and slowly slither the tip of her tongue across her upper lip. She was pissed, but now she was on guard, too. Sai pounded at the old CD player until the tune “Mortal Combat” blared throughout the gym. Her serpent sense of smell alone would have alerted her to something about the new arrivals he’d already suspected. Her traditional kick-ass tune was the tell. Shit was about to get real.

Born and raised in Toronto, Kali now resides in the exquisite eastern Ontario countryside where she enjoys the serenity of nature. When she isn't busy being the married mother of two, or a Public Relations & Communications Specialist & Event Manager, she shadows worlds of paranormal passion & intrigue.

Kali strives to create emotional, compelling stories and characters you can't help but love, hate and cheer for. Captivated by her love of dragons, gargoyles and everything paranormal, she pens these delightful creatures into epic tales of romance and adventure and often infuses her passions of martial arts, music and ironic twists even she didn't foresee.

A good cup of tea with the crackling fire gets her creative juices flowing in the wee hours of the night, when the house is quiet and she can type away to her heart's desire. Learn more at: www.kaliwillows.com
You can visit Kali at:
www.kaliwillows.com 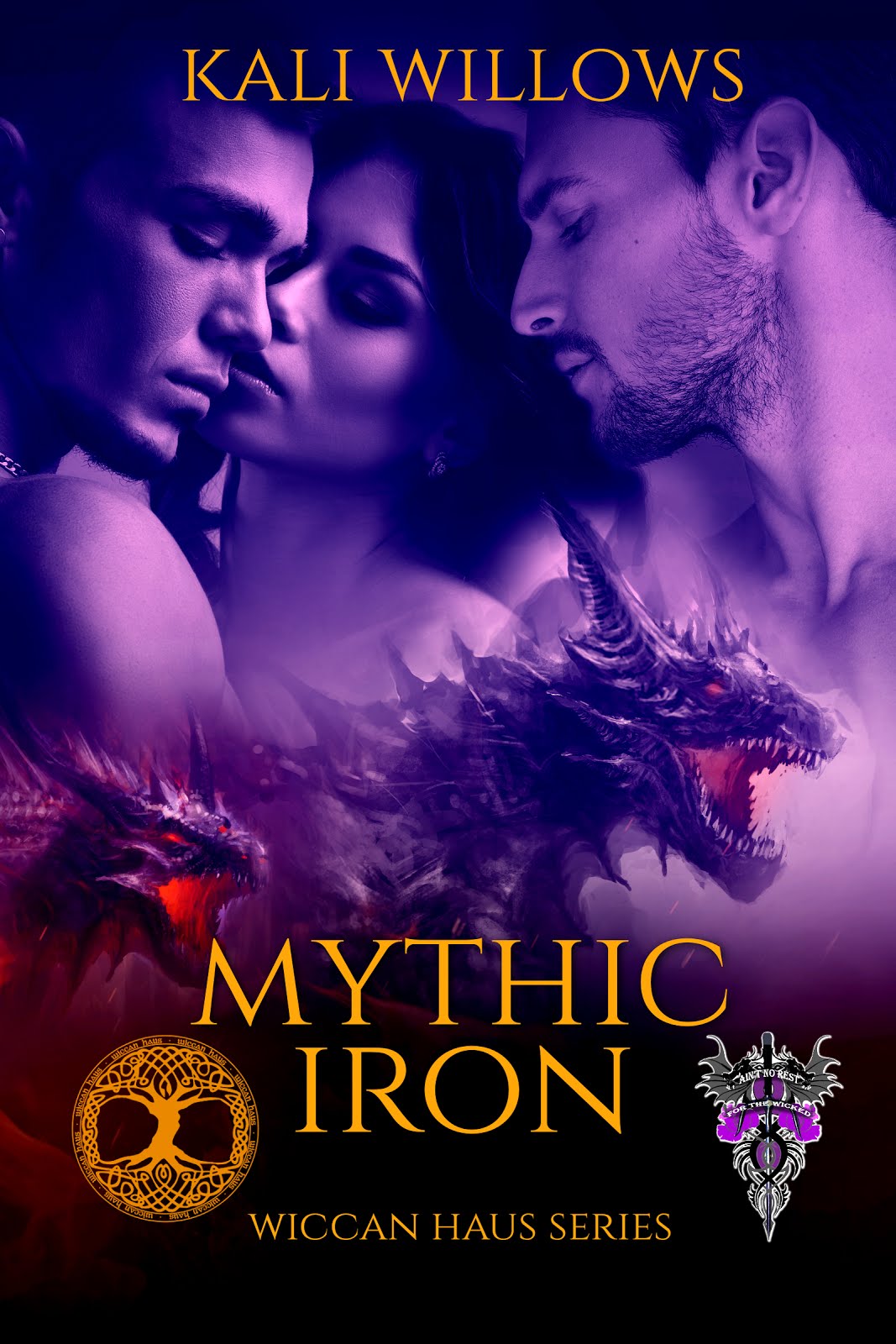 Curse of the Dragon's Eye 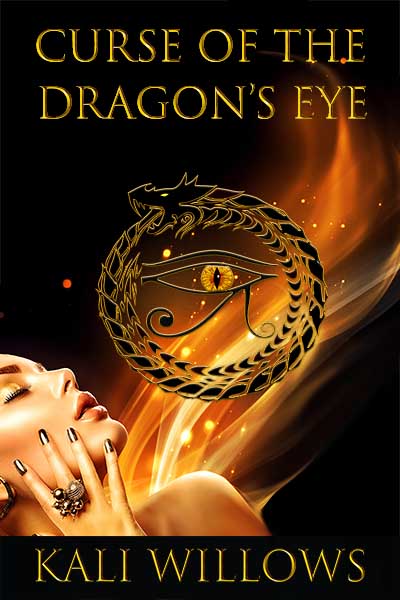 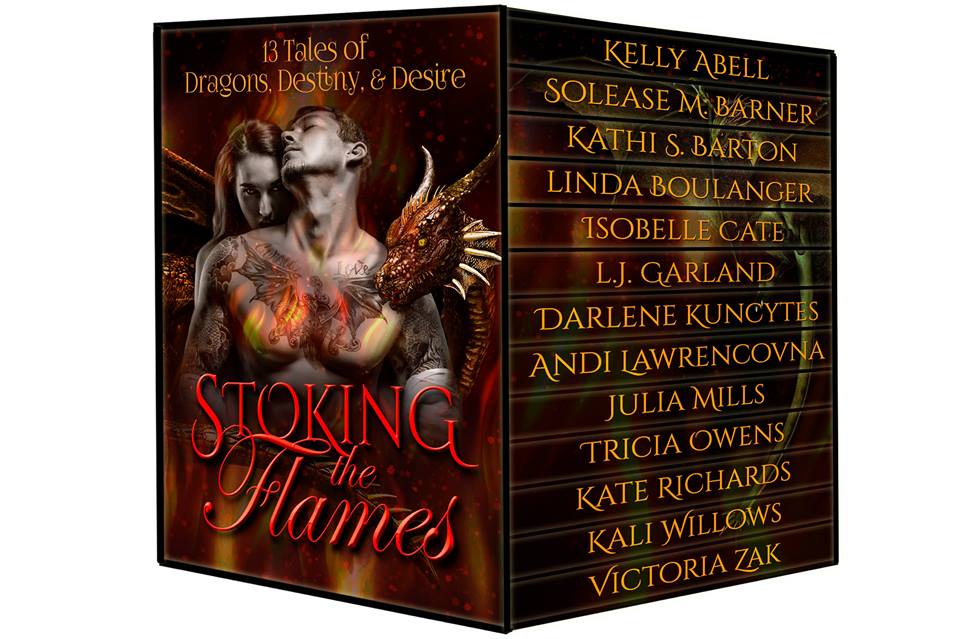 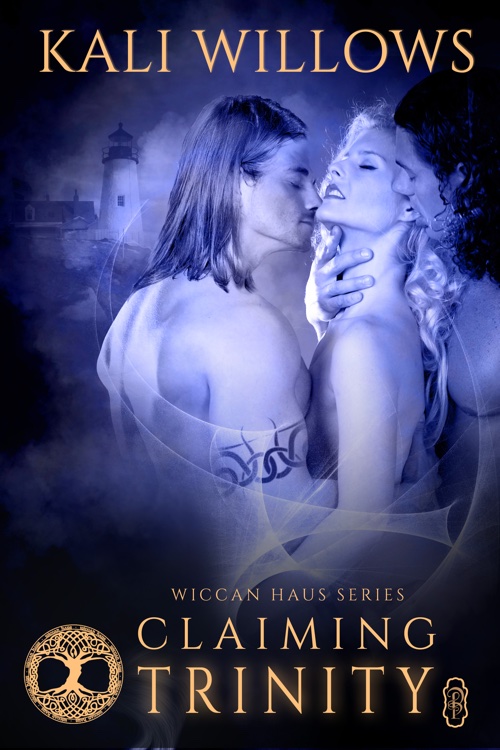 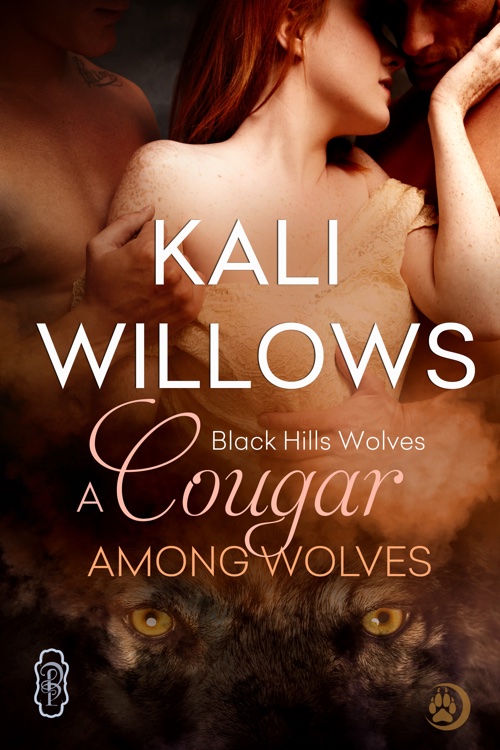 Romance in the Capital 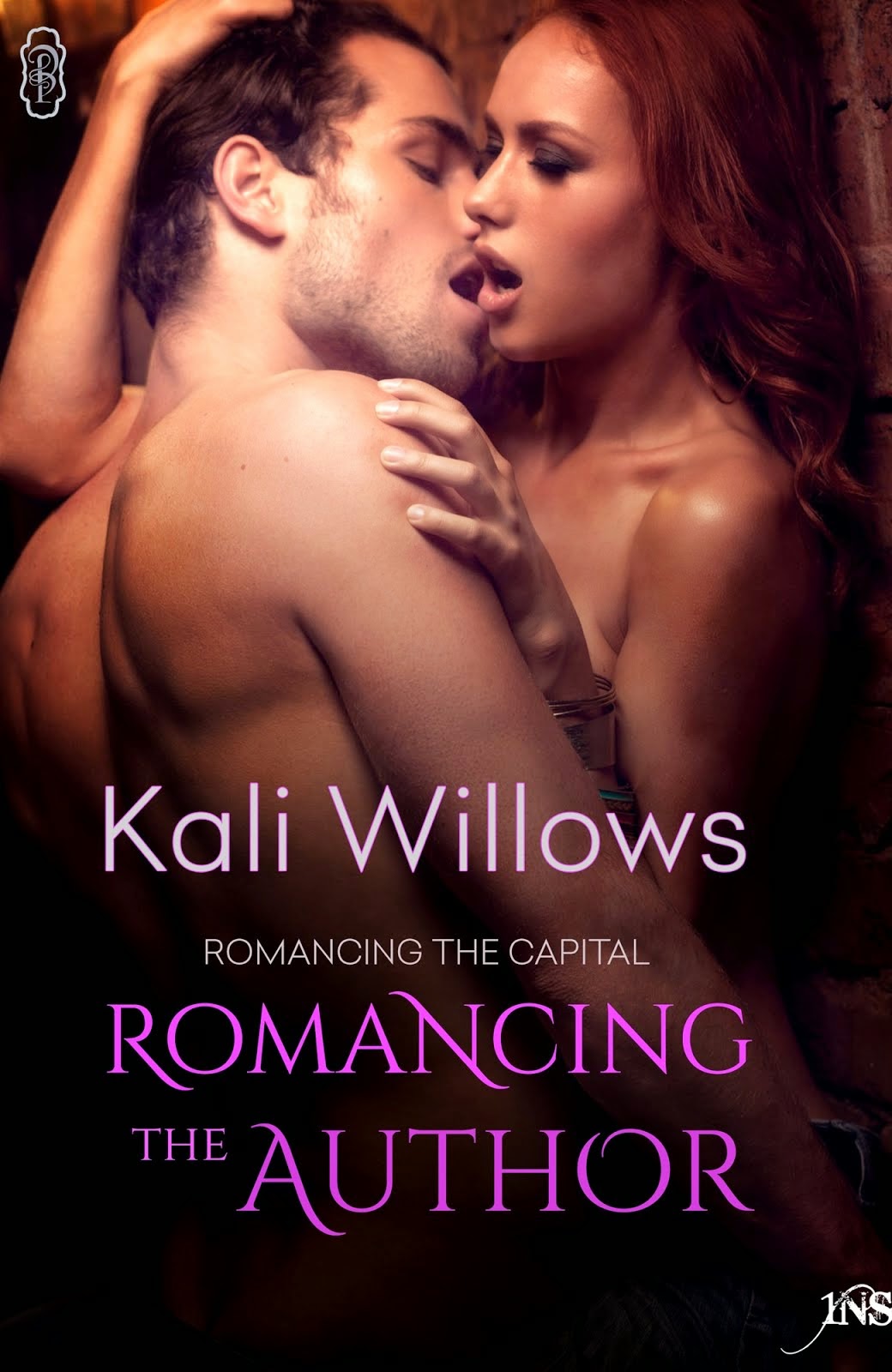 When an author gets romanced 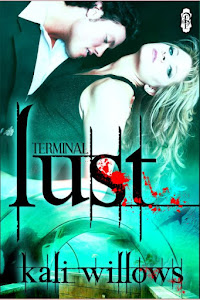 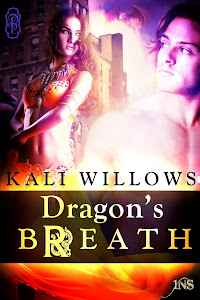 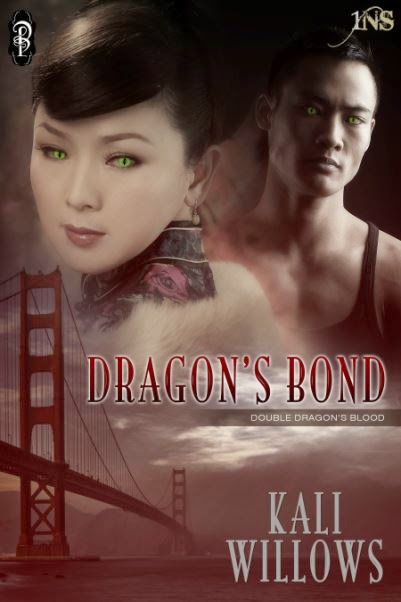 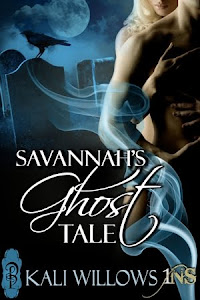 Weather the storm of passion 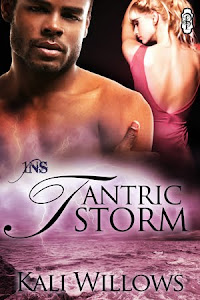 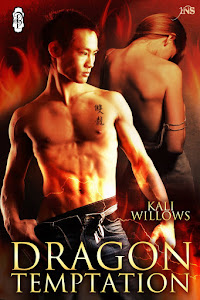 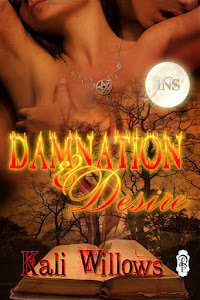 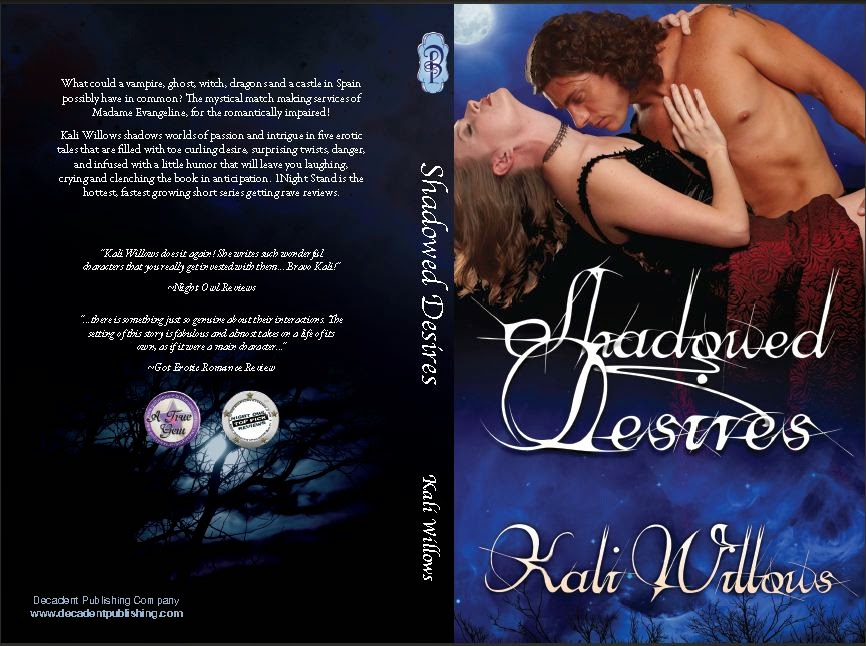 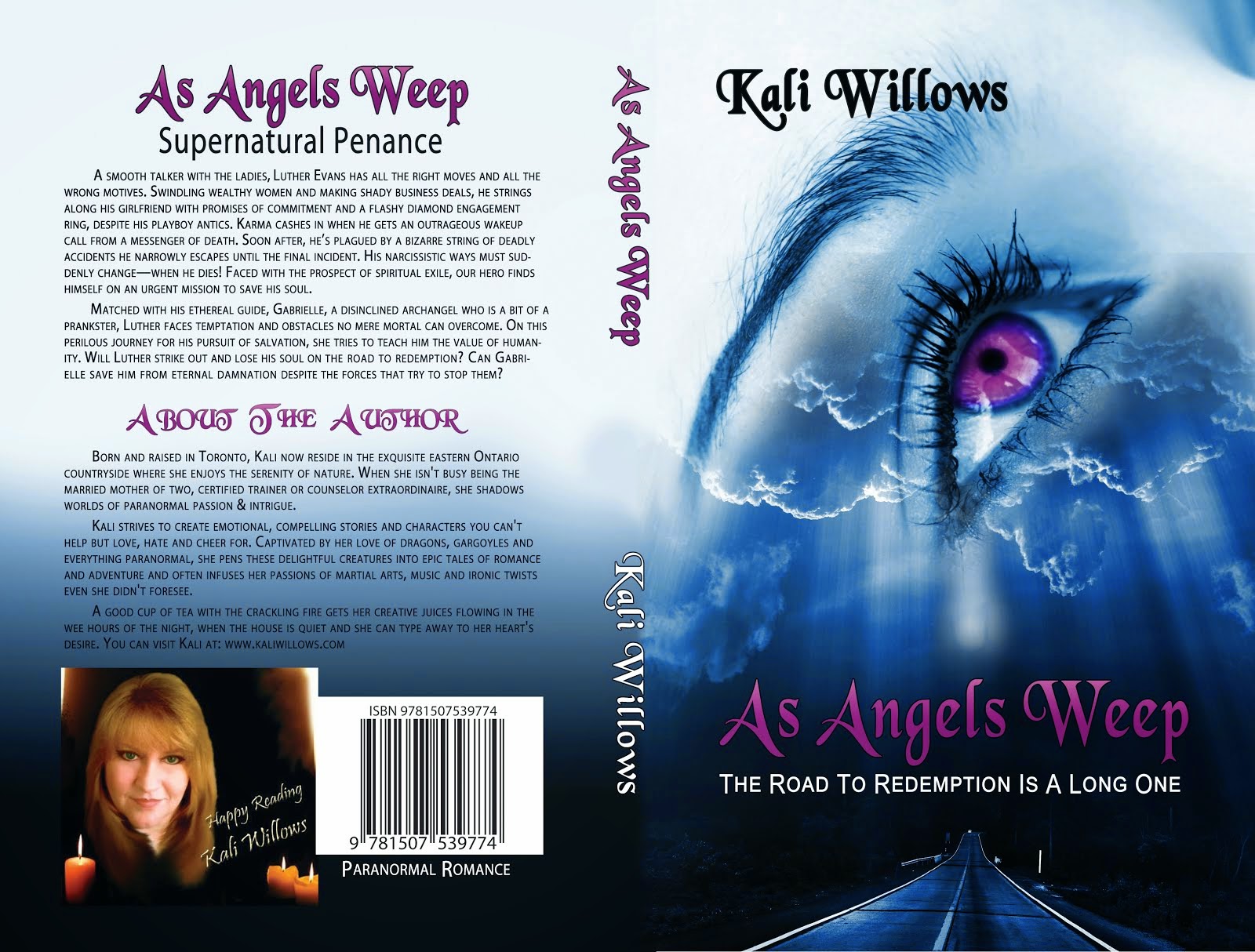 As Angels Weep in Print 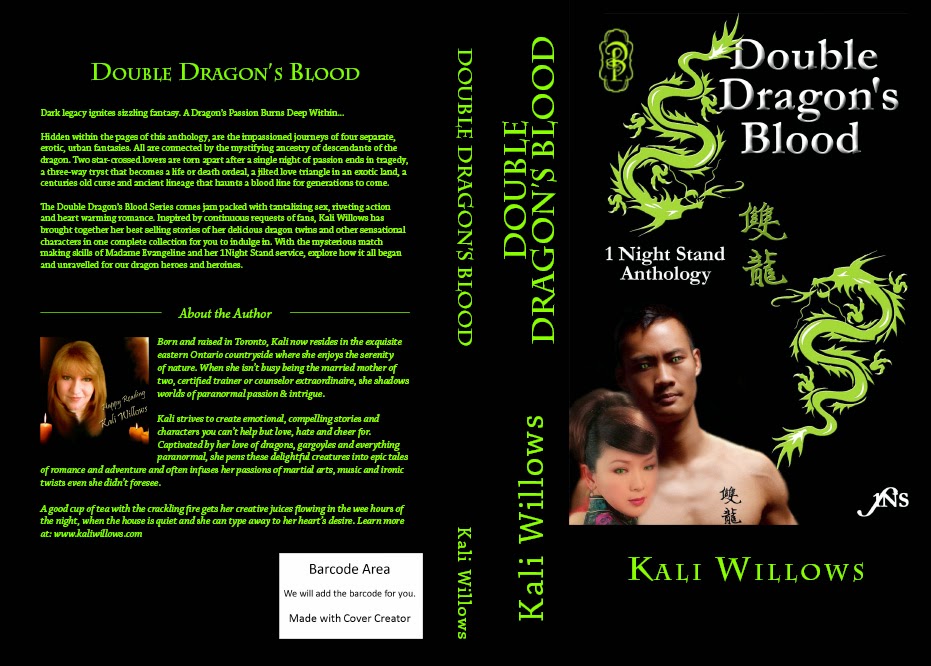 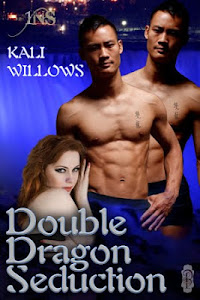 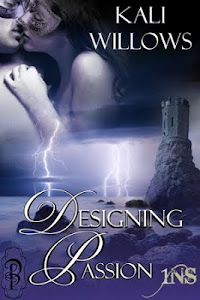 A masquerade, castle and a night of second chances